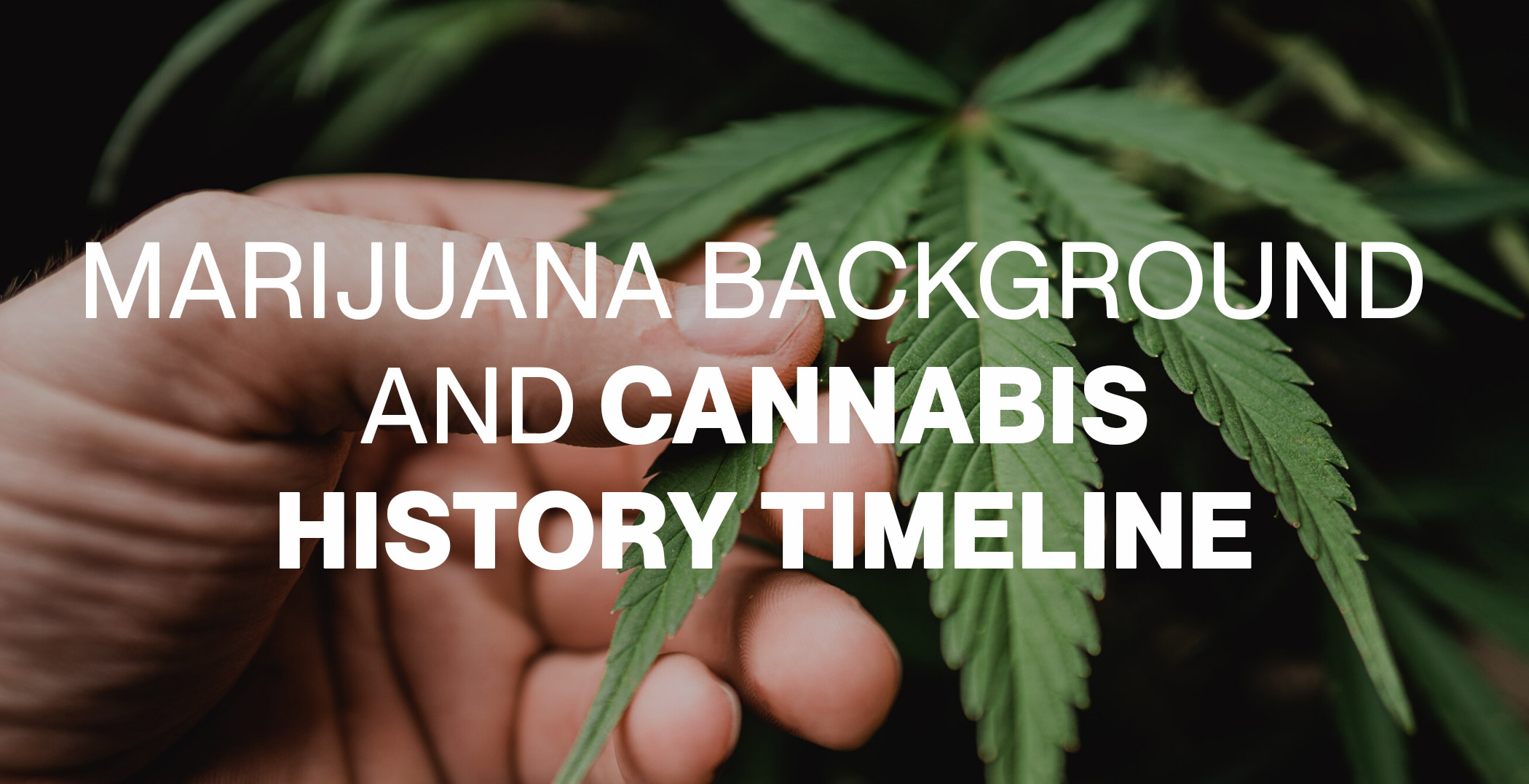 Cannabis History and where the term Marijuana Started

Humans, and hemp throughout History. The marijuana background, the hemp plant, and cannabis history—understand the human tie to hemp.

Hemp cultivation stretches back to the very dawn of human civilization, providing one of our earliest sources of food, fiber, and medicine. At Fringe, we refer to the hemp plant as cannabis. Marijuana or Marihuana was the term created in 1970 to criminalize the plant which you will read about in the Cannabis History Timeline.

The History of Cannabis

Cannabis has been used and cultivated by humans for thousands of years. Sit back and join Joe LaVacca as he explores the cultural, industrial and medicinal uses of cannabis throughout time.

Hemp becomes one of the first cultivated agricultural crops in Asia. Followed by Europe, Africa, and South America.

Hemp is referred to in Hindu religious documents as “sacred grass,” one of the five sacred plants of India.

The use of hemp continues across northern Europe, with hemp rope found in Southern Russia and Greece and hemp seeds and leaves found in Germany. The medicinal properties of the cannabis plant are noted in early medical texts, including, The Natural History and Pharmacopoeia. China begins to use hemp to make paper.

Christopher Columbus voyaged to the shores of North America on ships hung with hemp sails and rigging.

The King of England, King Henry VII, prioritizes hemp by mandating that all farmers grow industrial hemp or face fines.

American farmers are required by law to grow hemp as a staple crop, with many of America’s founding fathers advocating for its benefits. George Washington and Thomas Jefferson grew hemp on their respective farms and plantations. The American colonies begin selling hemp textiles directly to France and using the proceeds to buy weapons for the Revolutionary War.

Thomas Jefferson writes the Declaration of Independence on hemp paper

Cannabis plantations flourish across North America, in areas including Mississippi, Georgia, Nebraska, South Carolina, Kentucky, and New York. Things start to get a little dicey in the 1900s.

The past 100 years is when marijuana began to receive claims of drug abuse and the government passed legislation directly designed to affect the profitability of non-cannabis crops. Warning, once you read about the country’s past 100 years you will understand the efforts to legalize marijuana and how the benefits of hemp far outweigh the anti-drug propaganda of the 19th century.

1929: Harry Anslinger, the first commissioner of the United States Federal Bureau of Narcotics changes his position about cannabis after the ban on alcohol is lifted and begins a public campaign detailing the extreme dangers of cannabis use. Anslinger contacts thirty scientists requesting evidence that cannabis is dangerous, and twenty-nine say they can’t find any valid proof. One expert agrees with him.

1937: Many prominent American businessmen decide that cannabis poses a threat to their businesses and draft the Marihuana Tax Act, sometimes incorrectly documented as the Marijuana Tax Act, to begin taxing the cannabis plant. Bad for Business and certain wallets.

1938: Hemp is coined the ‘billion-dollar crop’ with More than 25,000 different products noted that can be made from hemp. (Uh oh oil industry)

1942: Henry Ford builds an experimental car body made from hemp fiber, which is ten times stronger than steel.

1942-1945: The U.S government realizes they need hemp for the war effort and encourages its production The United States Army launches a “Hemp for Victory” campaign to urge farmers to grow hemp. The U.S. Department of Agriculture promotes hemp and publishes articles sharing its benefits, resulting in hundreds of thousands of acres of hemp planted to help the war effort.

1970: The Controlled Substances Act classifies hemp as an illegal Schedule I drug, imposing strict regulations on its cultivation. Marijuana is classified as a Schedule 1 drug, grouping the plant with heroin and LSD. Extracts from hemp get swept up into this definition, classifying CBD from hemp as a Schedule I substance. Federal law now criminalizes marijuana and drug enforcement efforts begin toward the war on drugs.

The 1990s: The U.S. begins to import food-grade hemp seeds and oil for use

1999: The U.S. Department of Health and Human Services successfully files a patent on cannabinoids

2007: The first hemp licenses in over 50 years are granted to two farmers in North Dakota.

2018:  2018 Farm Bill legalizes hemp production across the United States and confirms the removal of hemp and its derivatives from the Controlled Substances Act. The U.S. Food and Drug Administration approves Epidiolex, cannabidiol (CBD) oral medication.

The contents in this blog; such as text, content, and graphics are intended for educational purposes only. The Content is not intended to substitute for professional medical advice, diagnosis, or treatment. Always seek the advice of your healthcare provider.

This content is for informational and educational purposes only. It is not intended to provide medical advice or to take the place of medical advice or treatment from a personal physician. All viewers of this content are advised to consult their doctors or qualified health professionals regarding specific health questions or before beginning any nutrition, supplement or lifestyle program.

Neither Dr. Alyson Evans, publishers of this content, nor Fringe, Inc. takes responsibility for possible health consequences of any person or persons reading or following the information in this educational content. All viewers of this content, especially those taking prescription or over-the-counter medications, should consult their physicians before beginning any nutrition, supplement or lifestyle program.

Dr. Alyson Evans, DC has dedicated the last 20 years to mashing up her passions for healthcare and education, alongside pursuing her purpose of building and serving a team. Alyson has helped grow multiple businesses, by prioritizing professional education and product innovation. She was at the forefront of growing the RockTape brand and community for a decade. Up for a new challenge, she found herself asking “What else is possible?” Alyson is the Co-CEO and Founder of Fringe, a company grounded by its dedication to improving how we live and how we learn.