A good chunk of my life was spent as a chameleon.  Some would say attempting to match the environment you’re in is an identity crisis, but as a Black woman in America, I consider it a survival mechanism. You never know what you need to be so as not to be perceived as a threat or someone that could be written off because of an identifier you can’t control. But no matter what pattern I took on, the strength and loudness of my voice never changed – and my voice was always meant to call out injustices or scream on behalf of those whose voices weren’t being heard.

As a child, I had no problem telling adults they were wrong.

I wrote my first petition at 12 years old.

I stood up to law enforcement at 14 when I was being treated unjustly.

I never underestimated the power of my voice. So when I watched my youngest cousin with cerebral palsy learn how to walk in physical therapy, after a doctor told my aunt that would never be impossible, it was only fitting that I chose to join the ranks of other pediatric physical therapists who push the boundaries of science and function.

During that journey to becoming a physical therapist, I was given a diagnosis that solidified my place in the neuro-divergent community. I thought that would only affect school and testing, but I found out there were many traits I exhibited that proved I operated differently, and thus needed to approach life differently. So I did the work to figure out how my brain operated and made the necessary adjustments. This served my introduction to mental health and it also gave me a necessary perspective in terms of patient care.

Once the detours were complete, I finally got my dream job and was able to live out my dream of working with children. My schedule had it all from the 2-year-olds with cerebral palsy to the 18-year-olds with an ACL tear. Bliss would be the state that I considered myself in.

But then about 8 years into practicing, I got this internal nudge that said “There’s more…”  I shut up and listened because when something like that comes up, you assume there’s more that’s going to be said, right? Nope. The only directive I was given was to go find what “more” meant. From then, I declared a year of “yes” and went on an educational explorative journey. That path led to meeting so many amazing “aha” moments and friendships with humans that challenged the tradition of the world like I knew I was born to. I started using my new knowledge in my practice and even started teaching others about what I found on my journey. The nudge also led me to Alyson Evans, I’ll come back to this.

I went along teaching and working, finding ways to help the children that I serve inside and outside of the clinic, and being inspired to speak out more on how inequitable our healthcare system was – from the demographic of who worked for it to how those who looked like me were treated inside of it. I always knew I wanted social justice to be a big piece of what I did. The truth was, no matter what degrees or positions I hold, my being Black is what people see first and it determines how they interact with me whether they realize it or not.

Needless to say, I was busy. But two years later that internal nudge came again, “There’s still more…” More? HOW?! I was literally doing it all and getting a little burnt out in the process. But that nude didn’t care, it knew more about my journey that I had yet to realize.

So I listened, again. This time the answer was to leave my dream job. My answer? Hell no. While all these new adventures were fun, they weren’t a sure thing and I needed a sure thing. But the harder I pushed back the more I realized, I’d stopped dreaming. And all the new things I was doing weren’t just life additions, they were leading me somewhere. *Enter Alyson*

I had never met someone who literally did everything in their power to help you get to another level. It started with 15 boxes of equipment landing on my doorstep to get me going as an independent clinician, followed by wisdom on how to continue growing as an educator.

Two months later, I resigned from my dream job. Beautiful and painful chaos ensued after, but guess what? That internal nudge came again. At this point, I was ready to snuff that inner voice out. But then God made space and pointed out the doors I was supposed to walk through.

Remember I said my voice was meant to be used for others? That fire inside was lit and in turn, shed light on all of the ways I could speak for my people and other marginalized communities. All of my choices and paths led to a broader 10,000-foot view from the outskirts, or as Alyson would introduce to me, The Fringe.

The Fringe spoke to me for so many reasons. But one that stuck out was the desire to acknowledge the past and include everyone in the future. The only way a community is formed and changes are made is when you look at how everyone is impacted, how everyone can benefit, and then do the work to make it happen.

As for me, I prefer the title shapeshifter now; a mystical magical creature that only changes when the external needs of others align with the powers I was given.

“You have to decide who you are and force the world to deal with you, not with its idea of you.”- James Baldwin 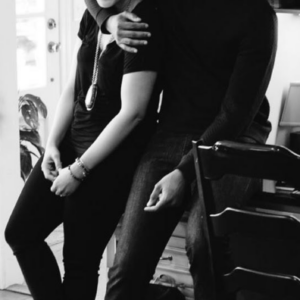 Dr. Jennifer Hutton “Dr. JPop” is a pediatric physical therapist practicing in Nashville, TN. Jennifer has extensive experience treating children 0-19 who are developmentally delayed, and those with neurological and orthopedic diagnoses, both congenital and acquired. While the world reminds children with special needs of their limitations, she believes they are all capable of the impossible and helps them see that their special gifts will help them be their best selves. Dr. JPop pioneers educational content, creative treatment ideas and resources for other professionals and parents and is not afraid to think outside the box to deliver a hope for families. Jpop is a lead educator for Fringe, a company committed to helping others find more harmony in their lives.