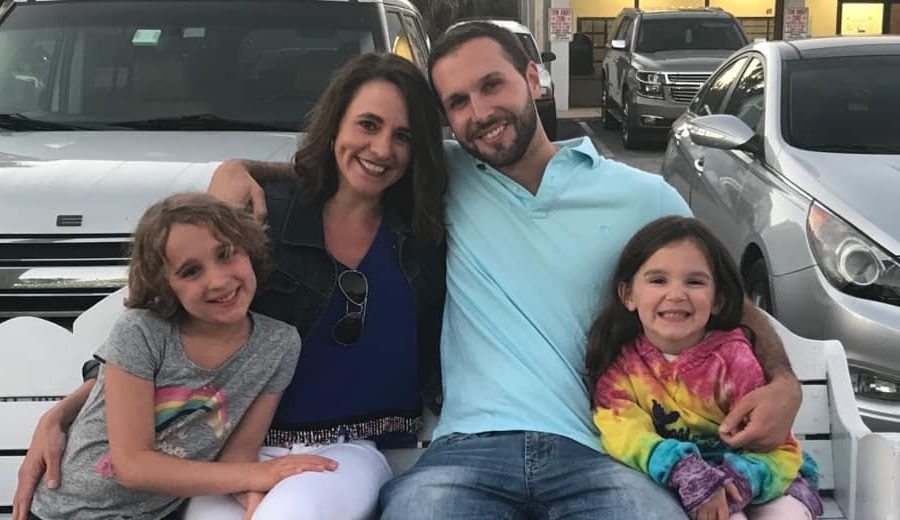 Growing up my friends and I had a mantra, “When do things not work out?”  Essentially what it meant was this: no matter what, and especially in tough situations, things will play out the way they are supposed to and we will adjust to whatever that outcome is – really we did not have a choice after all.  While this was fun to think about at the wise age of 17, it would prove to be easier said than done.

The reason I started in healthcare is very similar to many others.  I watched my mother, father, and eventually sister require Physical Therapy at one point in time for various reasons.   Soon enough I followed right behind them with recurrent low back pain when I was 15.  The physical therapist we all went to was a man named Ira in Staten Island, and he was the best.  I am not commenting on his abilities as a physical therapist per se, but of that as a human being.  No matter your age, your background, or your occupation, Ira would light up a room and instantly connect with you.  He may not have offered “traditional” PT, but could he ever make you feel better.  He was an encyclopedia of knowledge, and most importantly he surrounded himself with a good team.  The fact he drove a blue Corvette may have also influenced my decision to give this whole physical therapy thing a try.

I am lucky.  I will always be the first to admit that.  In most things in life I have been successful.  I got through school, passed my boards, got a great job, and met the person that would become my wife.  Things were easy, until they weren’t.

Going through a divorce is tough.  Perhaps the biggest hurdle to overcome for me was the idea that what “would never happen to me,” was happening to me. My old mantra did not seem like it would be able to carry me through. My belief system was shattered in an instant.

As healthcare professionals there are few things most of us value more than our bodies.  Mine began to suffer.  Lack of sleep, lack of exercise, and poor eating habits started to result in me losing weight, appearing drawn, and ultimately in me being fatigued all the time.  Since the body and the mind are inseparable, depression would soon follow.  Perhaps it was pride, denial, or a combination of both, but I didn’t begin to seek help until it was almost too late.  Work started to be affected as my colleagues and patients knew I was not myself, but it was almost impossible to talk to anyone about what I was feeling or what I was going through.  My story became one of guilt, sadness, disbelief, and even a feeling of being unworthy.  That all came crashing to a head the day I fell asleep, while driving, on a crowded highway.

It was not just my inner world that was affected but my outer world as well.  I did not lean on my friends or family, and more often than not I would push them away.  My environment changed as I would eventually adjust to living at home and then on my own.  I would spend 6+ hours a day in the car.  I would drive to work, then to my daughter to pick her up from school, then back home.  While I was in the car the only thing I would listen to was sports radio. I got really good at counting how many times each of the shows spoke about the same things.  This was all while leaving a job that I had loved for several years to take another where I would only last for 4 months.  Four months because I was fired.

Had it not been for a smile and the support from a girl in an elevator, the strength I would pull from my then 3 year old daughter, and a simple “Thank You” card, I am not sure what my life would look like right now. After I was fired I knew that it was not the end of chapter, but the beginning of an entirely new story.

The “thank you” card is worth a mention.  While rehabbing a client recovering from an ACL surgery, the process started off as anything but easy. I did my best and tried everything I knew, but ultimately I felt like I was failing.  Luckily this patient had a wonderful support system in her boyfriend who would attend every visit and cheer her on and support her.  I could not understand for a long time why or how her knee could be so sensitive to everything we did.  Movement, touch, modalities, nothing seemed to work.  It would soon make sense.  As her rehab journey progressed and she was ultimately discharged we remained close.  I was invited over for a goodbye cocktail when they let me know they would be moving to CA.  They said they “got me something,” and handed me a card.  In it, was her story.  The reason she had been so timid, so sensitive, and was having such a hard time in therapy, was because she was abused as a child. It had been very difficult to trust men since that time, but I had been able to provide her comfort and earn her trust through a time where she did not think she would return to doing the things she loved.

This was a wake up call in the way that I would treat patients.

I started Strength in Motion PT in March of 2018. Around that time I was also able to cease therapy, having finally become comfortable with myself and my path again. I recommitted to reading and listening to audiobooks to help me better understand the things that I was struggling with, and to help me realize that there was so much more I could do for myself and my patients.  I changed the way I trained that year when a simple question from a good friend, “why can’t you start today?” was the reply I got back when I told him I would be “hiring” him after the holiday season.  I got engaged to my best friend and true partner in life, Dr. Courtney Conley. I reconnected with friends, saw my family more, and created a new environment to work and live in. And I finally believed “when do things not work out,” again.

Joe LaVacca is a Physical Therapist based out of New York City where he owns his own private practice; Strength in Motion Physical Therapy. Joe’s focus on communication, emotion, and education are the 3 primary tools he uses to build empowerment while teaching and with his patients. Joe is the lead educator for Fringe Inc, a company focused on building a community for human beings to support one another, while promoting and celebrating the very things that make us who we are.